Bahārāt, the plural of bahār (meaning spice in Arabic), is a great spice blend usually found in Middle Eastern cuisine, the components of which differ regionally and culturally. I have used this mix before, for both Iraq and Syria (click on Syria for my take on the spice blend recipe, which moves more toward the savory than the sweet), and I have come to appreciate the aromas and flavors of these various global seasonings (see Spice Blends).

Taste Test: As you probably can tell, I really like the baharat spice blends. 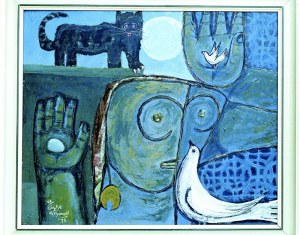 I have learned a few things about cooking with wine and other alcohols by exploring these global recipes and by watching some of my favorite chefs on the Food Network, the Cooking Channel, or Create.   I have known for many years that the first rule in cooking with wine is to choose one that you like to drink and not a “cooking wine,” although I have to admit that I do have a bottle or two of “good” cooking wines in my pantry for “emergency” situations.   You need to consider the extra salts and additives, if you elect to use them and certainly do so sparingly.  A few more tips:  use wine for marinating vegetables and meats (or use at room temperature to tenderize), use for basting with melted butter or oil, and make sure to reduce wine slowly over low heat in pan or pot to evaporate alcohol (1/2 cup of wine down to 2 tablespoons reduction).

Additions/Omissions: used beef and veal and a really good Sauvignon Blanc for stew.  I did change the cooking method, as I sometimes do, either using a crock pot or Dutch oven for soups and stews.  For this stew, which requires layering of flavors, I used a Dutch oven which I started on medium heat on the stovetop and finished in a preheated 350oC oven for about an hour.

Zip Facts about Bosnia and Herzegovina: 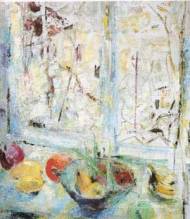 Kewa Datshi (potatoes with chillies and cheese) is a favorite Bhutanese dish, made with sun dried red and green chillies and local semi-dry cottage cheese.  The recipe I chose called for chili powder, which I used, but I am sure it would even be better with red and green chillies. There are other “Datshi” dishes you might also like to try: Ema Datshi, which are just the chilies with cheese, or add mushrooms to the basic recipe for Shamu Datshi.

Additions/Omissions:   I used equal parts of swiss and gruyere for the Kewa Datshi.

Taste Test: The chicken and cucumber dishes were also good. 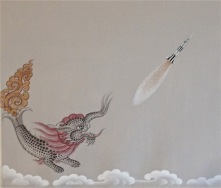 This recipe reminds me of how much I don’t know about making pastry, even the savory kind.  I did have some issues with rolling and folding the dough.  I could tell that my pastry was a bit too thick when I cut out the 6-inch circles.  I tried to roll it thinner, but the pastry did not hold up to the filling.

Additions/Omissions:   I followed this recipe exactly, no modifications.

Taste Test:  The filling by itself was incredibly moist and flavorful. 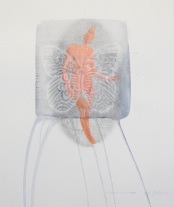 Ginger confit? Not having any formal training and learning as I go, I have heard about, but never made, duck confit. But ginger confit, was this a condiment or a method of cooking?

Confit comes from the French “confire” (to preserve), and was originally a way to slow cook foods like meats, fruits, and vegetables, and store in the sugary or fatty liquid to to form a barrier to bacterial growth. I recently learned that there is a big difference between barbecue and grilling (I probably watch a little too much “Chopped” on Food Network), and I believe the same analogy had been made between confit and deep frying, a matter of time and temperature. Low and slow, with the fat temperature between 190 and 200 degrees F.

So maybe it is just semantics, preparing a ginger “confit” to confit the chicken.

Additions/Omissions:  Always on the lookout for good substitutions for fish sauce (see link below for recipe)

I found recipes for chicken, with peanuts and red palm oil.  This is the first time I have come across red palm oil in cooking, despite the fact that I have done scientific research on isolated and purified vitamin constituents, particularly vitamin E tocotrienols, like those found in red palm oil.  I wasn’t sure of the taste, but the health benefits are well documented.

I wanted to translate those ingredients and flavors into a pretty tasty meatball.  I generally come up with a meatball recipe whenever I am craving a pasta dinner, especially when I am searching for recipes from a country that does not normally cook or eat pasta.  The trick is to balance the taste and texture when adding different ingredients.   Sometimes with ground chicken it is a little more difficult than ground beef, pork, or lamb to maintain the proper consistency as meatballs.

What a wonderful opportunity to take a night off from my kitchen last evening with an invitation to a cooking demo with Executive Sous Chef Matt Heisel from Dan Rooney’s at Empire City Casino in Yonkers, NY.  The menu was an early St. Patrick’s day feast, starting with an Buffalo chicken terrine on a blue cheese mixed green salad.  It was followed by the entree, Corned, bone in beef ribs (fit for the Flintstones) with a special honey-Guinness glaze, scalloped potatoes with fresh rosemary and thyme, and a simple and bright green jalapeno coleslaw.  I was accompanied by my future son-in-law who shares my love of good food preparation.  I wasn’t planning to eat a full meal, and was happy to have one or two bites to taste.  Until it came to the corned beef, one or two bites lead to three or ten. Not so amazingly but very deliciously, after 5 days of brining, 4 hours of smoking, and 4 hours of roastng, the ample meat practically leapt off the bone with just a touch of the fork.  If that wasn’t enough, the meal finished with a Bailey’s chocolate mousse pie.  Need I say more.

While it was a bit more eating than demo, I did pick up a few tips and will probably make the green jalapeno slaw, and the Bailey’s chocolate mousse pie, if I can get the recipe from Chef Heisel.  Dan Rooney’s at Empire City is a fun sports bar/restaurant, so if you are in the area at game time, stop by and give it a try.